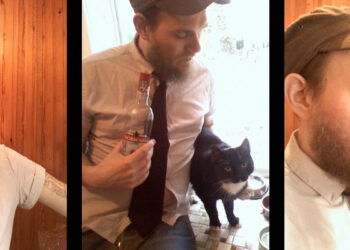 Edwin Brienen is a one-off independent film maker who has often been called ‘The Dutch Fassbinde. Born in The Netherlands Edwin has made 14 films, many stage plays and has shot music videos. He’s lived in New York and is currently living in a pleasant area of Berlin. After studying philosophy and psychology Edwin started […]