Who or what has been an influence on your music? When did you get in contact with music?
I’ve been writing songs all my life – even before I could write: my Mum has recordings of me when I was 4 years old making up songs. They were some really bizarre songs about Jesus and sheep and things‘
With regards to my influences – ideas come from all over the place. I adore singers like PJ Harvey, Ute Lemper and Cat Power, but when I write songs it’s mostly a case of the form following the function. For me it begins with an idea – from a book, or a painting, or more than likely a conversation – and then the music unfolds itself from that.

You have been living in Berlin since 2004. Why do you like living here? Or what are your reasons for choosing to live in Berlin?
I’ve been living in Berlin (on-and-off) for almost four years now. I stay here because I’ve met so many brilliant people in this town who have become my friends. While I know that Berlin can be a difficult place sometimes, there’s a strong sense of community and support here that I haven’t found anywhere else.

You are actually from Ozland. What are the differences between‘ European music scene and‘ Oz music scene?
Well, the most obvious comparison would be the number of people. 21 million people live in Australia, but it’s a country that’s nearly big enough to fit all of Europe into. So the opportunties to play are much less than in Europe, and you have to travel a lot more between shows. As for the music being produced – it’s just as diverse as in Europe, but in Sydney we don’t have all those cool smaller bars to play in – although the government is actually working on changing that. In Melbourne they have many more smaller venues already which I think allows musicians the space to be more experimental – you can hear it in the bands that come from there.

How would you describe your music? !Is there a special backround behind your debutalbum „Pocketknife“?
For ‘Pocketknife‘ I wanted to treat each song as it’s own entity. I wanted to avoid stamping the same sounds over all the album, so I let the songs tell me what instruments they needed. As a result, I think it’s a fairly diverse-sounding album. Each track is an independent journey.

I spent a lot of time writing my lyrics because I have to sing them, and to sing them well, I have to believe them. The most important thing for me is to be emotionally honest.

There’s a few recurring themes in Pocketknife, Fairy-tale settings appear and disappear, this concept of being seduced by something that is a lie (and you know it’s a lie but you want to believe it anyway), the things people hide from each other and lots of other stuff about desire and loss. That probably sounds a little depressing perhaps, but for me all of these songs are quite hopeful. Listening to a big loud angry break-up song can fill you with lots of energy. Even ‘Treading Water‘ which is a song about becoming old and mediocre and bitter, is more like a re-inforcement of living your life in the moment. I always feel pretty positive about my life after singing that one.

„Pocketknife“ was also released in Ozland. How is the demand down under ? How popular was this?
Well, the Australians liked it! I’m heading back there in January to play some big festivals.

You made a movie „BerlinSong“ with Uli M. Schueppel about 6 musicians in Berlin.What is the song which you wrote for the movie called „the faint-hearted ones“ about?
For „BerlinSong“, Uli asked 6 musicians – including myself – who came to the city for music to write a song for Berlin. The documentary follows us as we record the songs, our thoughts about Berlin, and the lead-up to a group concert at West Germany.

At first I found it very difficult to write a song about a city. Then I thought about the personality of this town, and how it affects the people around me. My song, „The Faint-hearted Ones“ is about Berlin as the seducer of youth. So many young people – including myself – fall in love with the idea of Berlin, and flock to live here. But of course there’s no work – or pressure to work – and as the only currency many of these people posess is their creativity, it can be easy to lose yourself in this town. So much time is wasted in bars and long nights and glasses of wine and cigarettes and even longer afternoons, and all of a sudden your youth is finished and it was Berlin who took it from you.

The „Maulbeerblatt“ is a local magazine from Köpenick. Have you ever been to Köpenick?
Yes I have. I thought it was lovely. And the water is quite close by, which is the best thing. 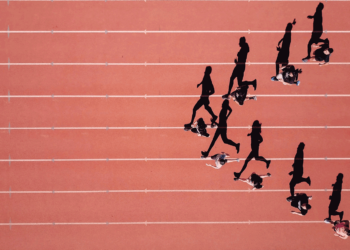 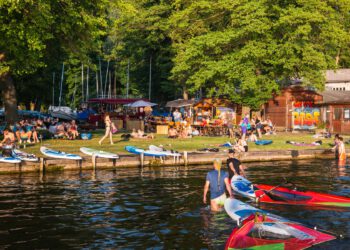 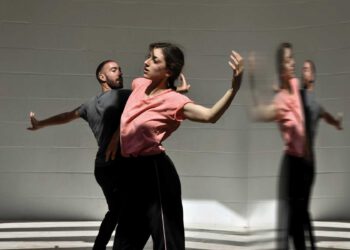 2 thoughts on “Kat Frankie in Köpenick!”